The only time most people dance with their colleagues is after a few drinks at the annual Christmas party.

Many of us would rather staple our faces to the office noticeboard than be spotted doing The Hustle with Greg from accounts.

However, Seven’s new reality series Dance Boss sees groups of co-workers perform original routines in the quest to take out the $100,000 cash prize.

“Why wouldn’t people jump at that,” says host and executive producer Dannii Minogue, who adds that the chance to collaborate with professional choreographers, costume makers and make-up artists are other carrots dangled in front of wannabe winners.

Still, the contestants on Dance Boss are dancing with their workmates — on national television.

Such concepts don’t worry Minogue, who started her career singing and dancing on Young Talent Time in 1982, and admits to having “no level of embarrassment”. “You should see me,” she laughs from Sydney. “I’ll dance down a supermarket aisle.”

Turns out plenty of Australians did jump at the chance to strut their stuff, with a huge response to Seven’s call for auditions late last year.

Teams ranged from emergency workers, who dance together to relieve the considerable stress which accompanies their job, to those who boogie on down to improve their social confidence.

“The videos that came through were so heartwarming and beautiful,” Minogue says. “At that point, I thought ‘I want to see more of these people’.” 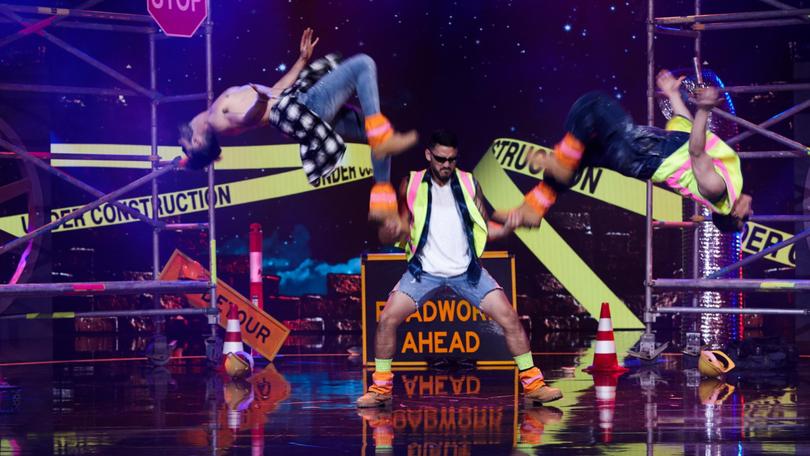 Not only did the 46-year-old sign on to host Dance Boss but she became one of three executive producers alongside creator Geraldine Orrock and Sonya Wilkes, Seven’s head of program development. “Three sassy ladies,” Minogue laughs.

While she has previously served as a judge on Australia’s Got Talent and The X Factor — here and in the UK — the Melbourne-born pop star has a far deeper involvement in Dance Boss, a fresh twist on the competitive dance show concept.

“I’ve never in 40 years (of working in entertainment) done a new format, so that was a huge learning curve for me,” she says.

“And I loved it. I love the opportunity to start with a blank page.

“My involvement goes all the way through rather than being the host going ‘I was on set, I said the words they asked me to say and I left’. It’s not that for me.” 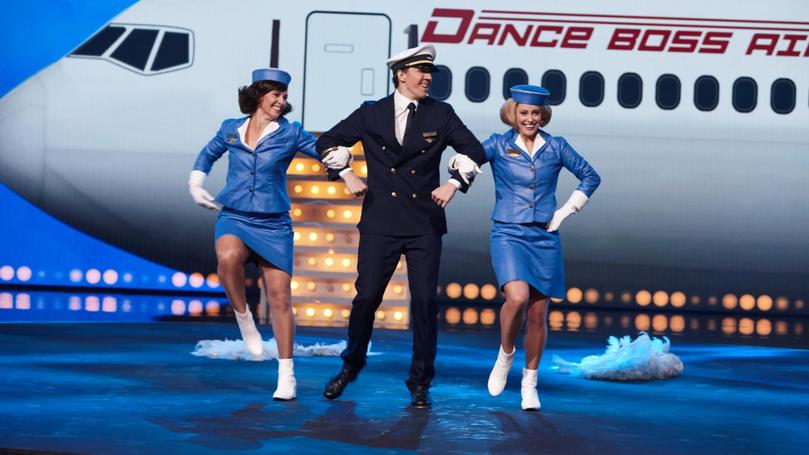 The teams get four days to work up fresh routines with Dance Boss’ choreographers.

“I had to be involved across everything, even if I was just going to put my name to it as host and say I was doing that job, I would want to know what was happening in the show, not just be told what’s happening,” she explains.

Minogue says that the “very passionate” executive producers argued intensely about some factors of Dance Boss “but that’s because we want it to be great”.

The producers tangoed with the best in the business, including creative directors The Squared Division, who have collaborated on concerts and music videos with Katy Perry, Kylie Minogue, Kesha, Delta Goodrem and Britney Spears.

Dannii worked with the US-based Australian company on The X Factor as well her Mardi Gras Party performance three years ago.

The other backroom superstar is costume designer Tim Chappel, who shared an Oscar for his work on The Adventures of Priscilla, Queen of the Desert.

Minogue says that she had flashbacks to Young Talent Time, not from the high-energy performances on the Fox Studios sound stage but rather in Chappel’s bustling costume department full of industry veterans.

“I said ‘I love this room, it’s so comforting and feels so great to see the start of it all’,” she says. “The ages of the people working on costumes, they all remember watching Young Talent Time. It was a spin-out for all of us.

“I never thought, back in the day doing Young Talent Time that ... I would be getting to do this for this long. It’s still incredible. This is what I love doing.”

While many reality programs set some contestants up to fail, Dance Boss is not car-crash TV.

“It’s not a show where there’s a cringe factor and there’s no clangers, not at all,” says Minogue, who co-hosts Netflix’s obstacle course on steroids Ultimate Beastmaster, starting on August 31, alongside Nick “the Honey Badger” Cummins.

“Everybody who was chosen to come on (Dance Boss) is starting at a good level. We couldn’t get through the speed of the show unless people could pick up dance routines quickly.” 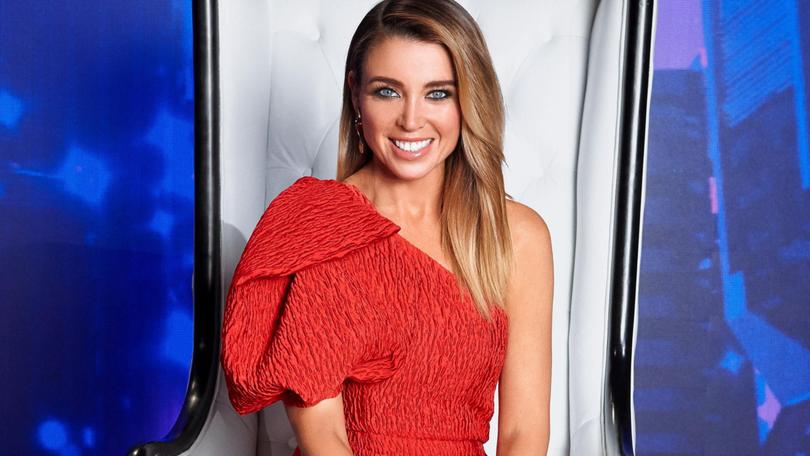 “It’s diverse, which is great,” Minogue says. “The hard part was finding the choreographers who could work with these crews.

“We want to put them in really good hands to not only create a great routine but they’re also dealing with these people’s emotions. We’ve got long rehearsal days — they’re being pushed to the limit.

“They had a good month of training before we started the show,” she continues. “We needed to get them match fit and we needed to see where their ability was, and then really work on which choreographers would be the right people for the job.”

After the boot camp and filming began, teams would get four days to learn a routine.

The final element of Dance Boss is the judging panel: actor and dancer Adam Garcia and multi-platinum singer/dancer Timomatic are joined by Home and Away alumna turned Disney performer Sharni Vinson.

The trio rate crews on passion, performance and entertainment value rather than technique.

"I never thought, back in the day doing Young Talent Time that I would be getting to do this for this long. This is what I love doing" - Dannii Minogue

“I wanted diverse opinions and I wanted them to have a sense of fun,” Minogue explains. “We’re not coming on to say, ‘That demi pointe wasn’t exactly there’, because nobody will know what they’re talking about — not the contestants nor the audience members. It’s not that kind of show.”

Dance Boss teams also have family and friends side of stage to offer support, and the host adds she has seen friendships blossom on the show.

There’s a lot of energy in the room, and even she can’t help but bust out a few moves, including something called flossing that has nothing to do with teeth.

“At the moment, the biggest thing is flossing,” Minogue insists. “My son (eight-year-old Ethan) was teaching me how to floss and all the kids in the schoolyard are doing that.

“It was the dab but the dab is over,” she laughs.