As theatres and fans alike look to celebrate the 20th anniversary of The Matrix , we reveal the interesting facts that surround the film's making. If ever there was something to make you feel aged like a withered prune left in the bottom of the fridge drawer, it’s this: The Matrix is 20 years old.

Released in 1999, many a Hollywood blockbuster and commercial hit has followed but none have endured and amassed quite the cult following as this one.

The effects still cause audiences to marvel, while the plot line in which conspiracy theories flourish and individuals are defining for themselves what is and isn’t real, continues to resonate – particularly in today’s online culture. So beloved is The Matrix that in celebration of its 20th anniversary, theatres in the US are treating fans to screenings of the film. Yep, the sci-fi classic is making its return to the big screen with the remastered movie having a run for one week starting on August 30.

Oh, and we hardly have to remind you that this is the year of the Keanu Reeves renaissance. After the franchise of John Wick revived his star power and action chops, he’s practically the hottest commodity in Hollywood right now, even landing fashion campaigns off screen.

In celebration of the film which changed the face of blockbuster movies and the science fiction genre, we take a look at the making of the classic and the interesting facts you didn’t know were behind it. 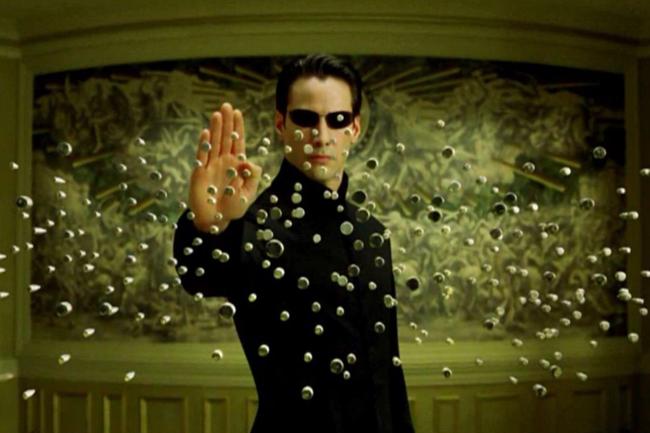 Casting for the lead was no easy process. A recent video from Will Smith confirmedthis longstanding piece of trivia: that he was the first choice to play Neo in the Wachowski brothers’ classic.

Smith inevitably turned it down, but the decision is one he says he’s “not proud of.” The reason? He didn’t understand the pitch he received from the filmmakers at all.

It’s since been documented that the Wachowski’s approached Brad Pitt and even Leonardo DiCaprio, who turned the role down as he didn’t want to take on “another visual effects movie” after Titanic.

It’s hard to believe anyone could fill the shoes Keanu Reeves did as the character, but even Sandra Bullock was offered the part before the actor. The Matrix struggled to be made as executives were hesitant to sign off on it. At the time, the film’s big competitors at the box office were comedies such as 10 Things I Hate About You and Analyse This.

As an R-rated, sci-fi epic about hackers who know kung fu and do battle with machines in a post-apocalyptic wasteland, The Matrix was difficult to describe.

No one expected The Matrix to achieve the success it did. The film however, seems to have done what many films today are unable to do – generate buzz via word-of-mouth.

The Matrix was the rare blockbuster that opened at No.1 at the box office and then fell to No.2. But it climbed back up to the top position in its fourth week, simply due to audience demand. At the time, the Wachowski brothers were relatively unknown. The Matrix however, was a mash-up of their many interests, including their love of anime, martial-arts movies, cyberpunk literature, electronic music, and post-structuralist philosophy all rolled into one mainstream action flick.

The Wachowski siblings managed to put all their interests into a film on a moderate budget of just $63 million, relying on perfectly pre-visualised action sequences that then defined the next decade of cinema.

The film was actually filmed in Fox Studios Australia in Sydney, and went on to earn $463 million globally. On August 24, 1999, Variety reported that Reeves would earn $30 million for two sequels, on a 250-day production schedule, and the Wachowskis would score $10 million against gross participation. The siblings had planned a prequel and a sequel, but decided on two sequels instead. 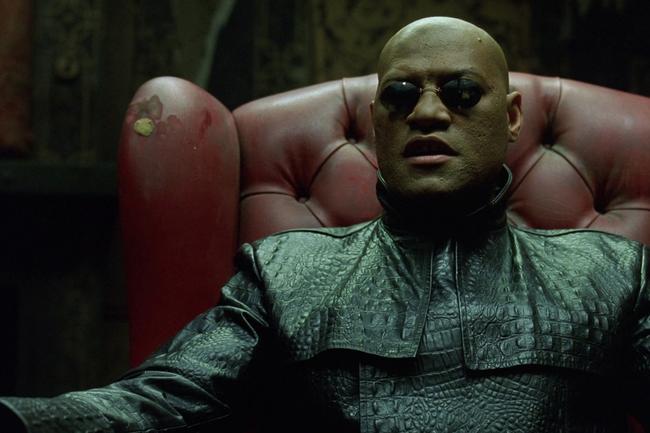 The principal cast and crew members were required to read several philosophy books before seeing the screenplay, including Jean Baudrillard’s “Simulacra and Simulation.” That book can be seen on display in Thomas Anderson’s apartment earl in the film.